Humanoid bot goes for a walk in the woods, terrifies nature on the way.

Oh no: MIT’s Cheetah robot can jump over hurdles while running. 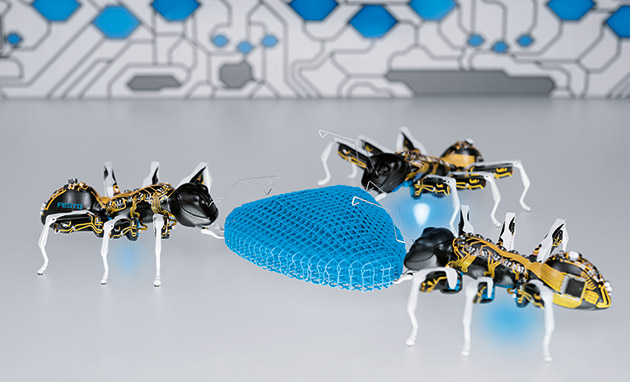 German automation company Festo is known for taking cues from nature when designing robots. This time, it has revealed futuristic-looking bionic ants, realistic robotic butterflies and a silicone […]

Flytech Dragonfly
[…]
You can order the Flytech Dragonfly online at Radio Shack’s web site. Radio Shack currently has exclusive distribution for the Dragonfly but reports indicate that other retailers will be selling it too some time in the near future.
[…]
Features:
* Flaps its wings like a bug and does not use propellers for main thrust

* Flying time on a single battery charge is about 10 minutes. Unlike the other WowWee robots the battery can be recharged using the bug’s internal charger

* It can be used indoors or outdoors and has an approximate range well over 100 feet.

* The controller has two modes, one for beginners and experts. A good guess is that in expert mode you have more control over the nuances of flying the bug than you do in beginner mode, but it is probably harder to fly.

* Comes with two sets of spare wings and on spare propeller for the tiny propeller used for trim at the end of its tail.
[…]

Roboboa
Snakes On A Plane! Roboboa is the snake that loves to party. Along with the Roboquad, Robopanda, and Flytech Dragonfly, it was announced at this year’s Consumer Electronics show and you can see a short video of it below.
[…]